About Us
▼
About the Coalition 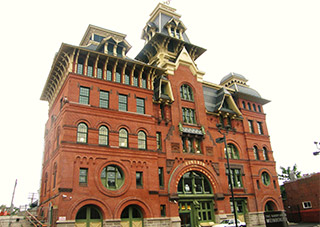 Founded in 2009, the Coalition now numbers over 75 organizations and has made major strides in solving challenges to the industry. In an effort to build on the credit’s success, the HTCC has engaged in high-level policy discussions with lawmakers and administration officials on a number of important issues, including tax reform, Revenue Procedure 2014-12, IRS audit procedures, and improvements in the National Park Service (NPS) approval process. The HTCC uses a broad and ongoing strategy to educate key decision makers about the value of the Historic Tax Credit. Most recently, the HTCC lead the effort to preserve the HTC in the tax reform legislation, which President Trump signed into law in late December of 2017.  The HTCC was the go-to industry group on Capitol Hill, in the Administration, and among HTC professionals during the tax reform debate and continues to play that role.

Next Page: The Historic Tax Credit »